how to lead an online team meeting

So, you’ve got yourself an online team. Congratulations! You’re ready to go places.

But how should you lead a team meeting? Especially when you have no experience with this role. And if you have an international team. Read this article to find out how to lead an online team meeting.

what’s a team meeting for?

Usually you have a regular team meeting. That makes sure that everyone is informed and that you can make good progress.  Assuming your team consists of people who know what they’re doing and they’re all motivated, your regular team meeting helps you:

who does what at the meeting?

Well, it’s your company, so you decide this. Here’s a few options:

Usually you would lead the meeting, especially to start with. It’s a good idea to have someone who can do this for you if you’re not available for some reason or if you’re very busy. Ultimately, someone else can manage this for you, but not to begin with.

how do you prepare the meeting?

how do you lead the meeting?

There’s a fine balance between leading a meeting and stopping people from feeling able to speak and give their opinions. It’s important that people:

So that also means a couple of less fun tasks:

If you’ve done the preparation, you know what the meeting has to achieve. Make sure you get the most important thing done during the meeting.

what happens if the meeting is overrunning?

Don’t assume everyone can stay late, without asking them. Respect their time. That means you need to watch the clock during the meeting. Or get someone to do that for you.

If people can’t go later, schedule a new meeting before your next regular team meeting or postpone some points until next time. This is another reason to prepare well. Which points need to be talked about during THIS meeting? What’s THE most important thing? Do these first.

what happens if people are interrupting each other?

You need to take charge. Let people speak in turns and make sure the quieter people also get heard.

what happens if people aren’t saying anything?

Either you’ve hired the wrong people or they don’t feel comfortable giving their opinion for some reason. You can try discussing this at the meeting. If that doesn’t work, speak to them individually outside the meeting. By the way, it’s not unusual for it to take a little while before people start opening up. They need to know each other a bit first. This can also be down to cultural differences.

what happens if people are arguing?

This depends on how long the team has been together. It’s perfectly normal for a team to get into heated discussions if they have been together a while. Make sure it doesn’t get personal and watch out for repeating discussions. If people feel safe, this phase is a healthy phase in a team’s development, because they’ve stopped being too polite with one another. Sometimes a discussion can seem like an argument depending on your culture. It might not seem that way to the other person. One person’s healthy discussion can feel like a full-blown argument to another.

what happens if the group won’t listen to me?

And if they don’t get the message and keep not listening? Time to take a tough decision. Often you just need to replace one person in a team not a whole team. You’ll know who needs to go. It’s the person undermining your position and you as a person. It might be the person you feel uneasy with – there’s often a reason for that gut feeling.

what happens if one group member doesn’t listen to me?

Speak to them separately and ask them about it. Sometimes this is a cultural thing (interrupting can be seen as involved and motivated), sometimes it’s a lack of awareness and sometimes you need to hire someone else.

Word of warning: never fire someone who just gives you their honest opinion about something. They are trying to improve things for you. Getting rid of them doesn’t only tell others you don’t want honesty, but it also stops a lot of other discussion.

Also, make sure you give someone a chance to learn how you do things. If you see they are learning and improving, then they’re going in the right direction.

who should you get rid of?

Someone who undermines your position, doesn’t listen to you, keeps trying to reopen decisions that have already been taken, makes fun of you, calls you names, talks to customers without your agreement, makes changes outside their area without asking you, consistently doesn’t make deadlines without good reason, someone who misses meetings and very important deadlines and leaves you feeling embarrassed as a result.

Make sure you keep notes about:

Minutes/notes/actions in planning tools should be made within 24 hours after a meeting. This makes sure you can remember what was agreed and it allows for the most time to actually take action. Use a recording if you have online meetings to check what needs to be done. You could also get your VA to make the minutes using the recording and to plan actions in your planning tool.

what if this all stresses you out?

Remember why you decided to go global? If not, read this and remind yourself.

Want support in your new role? Get in touch and we’ll discuss how I could support you and your team. 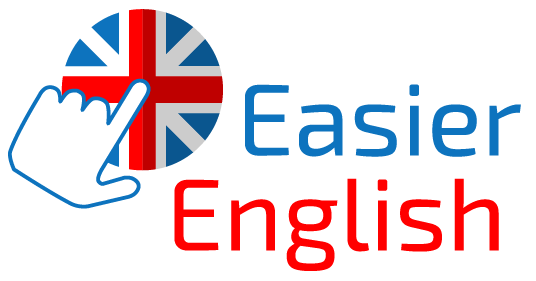